Welcome to The First International Conference on University and Intellectual Culture (The 1st ICUIC), an interdisciplinary conference held at Jakarta State University 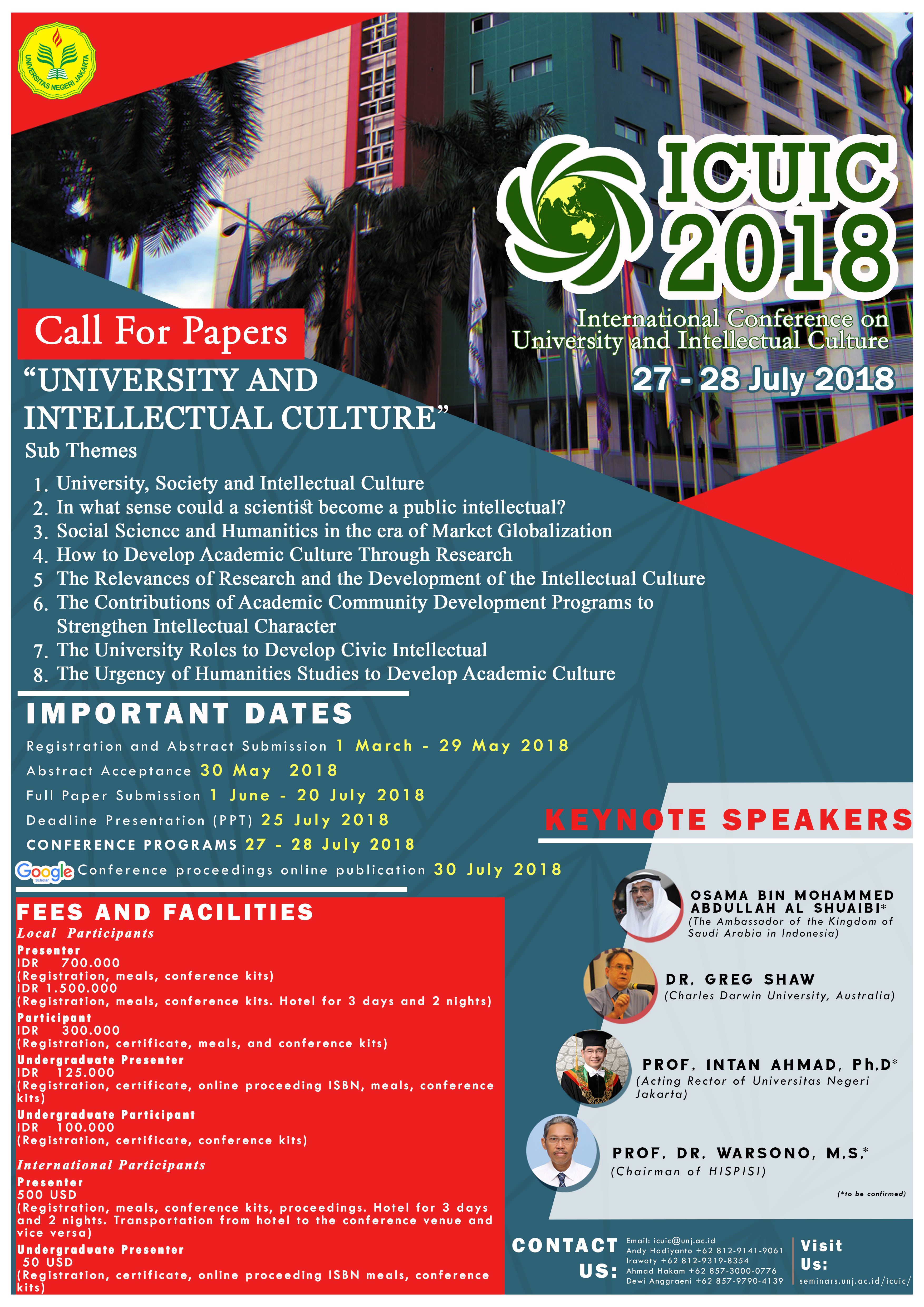 Universities are now facing an era of competition that is more stringent than ever. The institution lives in the demands of the market but simultaneously it still accepts the demands to play a role in the development of its society’s intellectual culture. Here the university faces a paradoxical reality: on the one hand, it must be accommodative of the global market structure, while on the other hand, it must maintain the power of criticism and change.

This paradox creates new demands on the university. It is believed that without better preparation, universities, especially in countries that are still struggling for economic development, will be trapped in the central and periphery dichotomies. Higher education in lagging countries will continue to be oriented towards education in developed countries as a more influential science center.

With regard to the various paradoxes in this university, as well as in the course of the dies natalies of the State University of Jakarta organizing The First International Conference on University and Intellectual Culture (The 1st ICUIC).